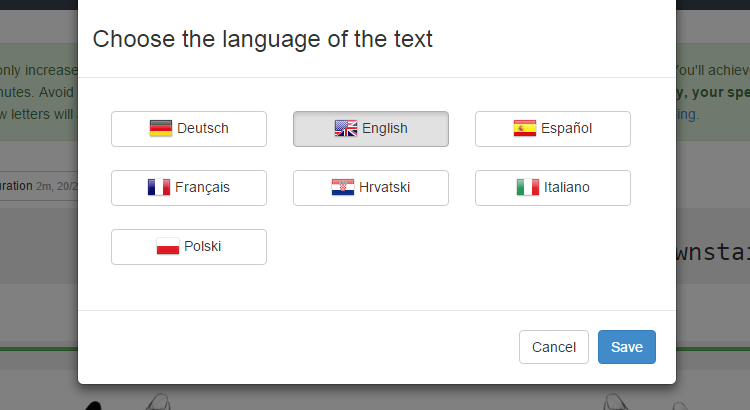 Do you want to learn touch typing in French? Check your typing speed in Spanish? Or maybe you want to take typing speed test in German? No problem – on TouchTyping.guru you can type in multiple languages, and the language you use for typing is independent of the language of the page. If, for example, you’re going to work in another country, take a look at their keyboard layout before. A lot of characters present in world’s languages are not present on the english keyboard.

Also, in some languages the relevant letter may be in a different place and then you need to type it with a different finger. This is because the use frequency of the letters in different languages is different, which contributed to the projects of keyboard layouts. More on that you can read in our post about the history of touch typing.

Typing in a foreign language may also be interesting from the point of view of language skills. The foreign words will become fixed in your mind. Therefore, learning typing in Spanish or German can be a very good idea if you just study any of these languages.