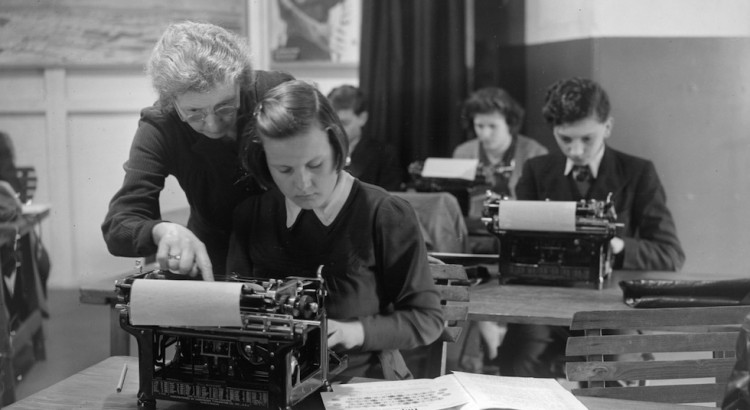 Of course the calculations of the keyboard layout needed to be highly related to the language, as in all languages the usage frequency of the letters is different. Because of this the English speaking countries use QWERTY layout and French speaking AZERTY – the names come from the first letters on the left in the top row. As now the mechanical typewriters are only used by real old-school fans the QWERTY layout should be no more the best one. However, all the users were used to QWERTY so much that all the approaches to change it didn’t succeed in the mainstream.

As for the history: Frank Edward McGurrin, a court stenographer from Salt Lake City is considered to be the first writer that used the touch typing method. In 1888 he won a typing contest, what reached the front pages of some newspapers, helping to popularize the new typing method. Though other typists seemed to use similar typing systems, as their results at that time couldn’t be achieved using natural hunt and peek method. Probably they could use some natural technic between touch typing and two-fingered typing, for example typing blindly without the usage of all the fingers.