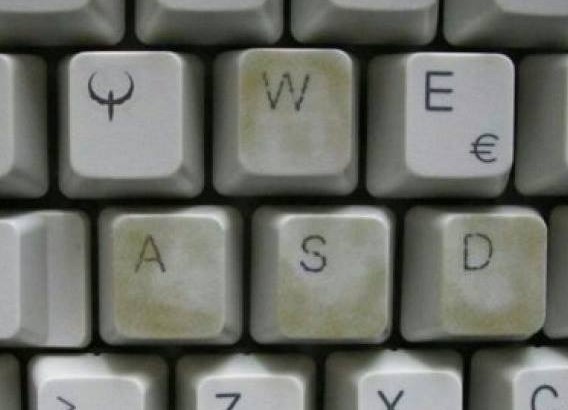 I remember me having the same problem many years ago as I tried to learn. I didn’t know anybody who already knew this. I thought such typing is only possible in the movies, where they are so fast as if they were randomly pushing the buttons.

Well, they do it randomly in most of the cases.

However, I understood it was possible, because I played computer games. Eg FIFA where you use only few keys, eg. D to shoot, S to pass etc. After some time you never look at the keyboard, you attach the consequence with the right finger. In this case I used to handle around 10 keys. So I understood there was no problem to remember some others and this way learn how to touch type!